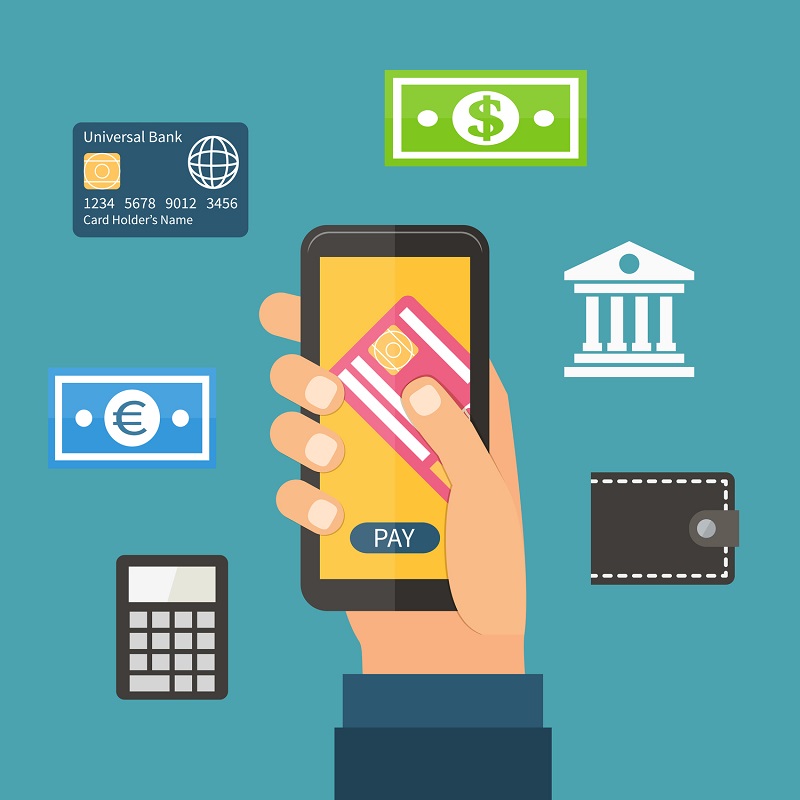 Fewer people made payments electronically during the mid-May to mid-June period as they could go out and pay cash, insiders say.

According to industry insiders, fewer people made payments electronically during the period mid-May to mid-June as they could go out and pay cash compared to when they had to stay indoors, forcing them to make greater use of mobile and internet banking, mobile wallet, Connect IPS and other online platforms.

Digital transactions recorded an all-time monthly high of Rs368.66 billion during the period mid-March to mid-April 2021 since the government began keeping payment records at the start of the last fiscal year.

The second lockdown was imposed on April 29 after a surge in infections.

According to the central bank, the total value of digital transactions in the first 11 months of the last fiscal year 2020-21 was Rs3.19 trillion.

Electronic payments gained traction since the first lockdown in March 2020. The statistics show that during the Dashain season, mid-October to mid-November, when Nepalis go on a holiday spending spree, transactions through digital payments reached an all-time monthly low of Rs205.82 billion.

Industry insiders say that less people used electronic means to pay for their purchases during the festival period. Transaction figures also show that a majority of people were reluctant to go shopping during the Dashain festival last year due to the Covid-19 pandemic, they added.

With increasing Covid-19 cases and death rates, people were psychologically impacted and feared to go outside during the Dashain festival, leading to a slowdown in economic activities.

But there is a silver lining.

“Looking at the current trend, we expect that there will be a massive expansion in the electronic payment system in the near future with an increasing number of smartphone users and internet penetration,” Kadel said.

According to the Department of Customs, Nepal imported 6.55 million mobile phones worth Rs34.14 billion in the first 11 months of the fiscal year 2020-21.

The latest management information system of the Nepal Telecommunications Authority shows that 90.56 percent of the total population has internet access with 65.47 percent subscribing to mobile broadband.

In mid-May to mid-June 2021, there were 855,522 transactions worth Rs144 billion through Interbank Payment System (IPS) alone, a system to transfer funds from one account to another account at any of the participating member banks and financial institutions.

Similarly, there were 9.7 million wallet transactions in the same month with a total value of Rs8.35 billion, down from Rs10.1 billion during the period mid-April to mid-May.

According to the central bank, transactions on quick response (QR) based payment declined to Rs1.96 billion during the period mid-May to mid-June. In the previous month, total transactions were valued at Rs2.52 billion.

The point of sales (retail transaction) also declined to Rs1.54 billion in the review period from Rs2.61 billion.

E-commerce transactions made using cards also dropped to Rs161 million during the period mid-May to mid-June from Rs768 million in the previous month.

Digital payment systems started gaining widespread popularity in Nepal after the government imposed a nationwide lockdown on March 24 last year to prevent the spread of Covid-19.

"The online market is returning to normal levels as the lockdown has been eased," said Amun Thapa, founder of Sastodeal.

“Demand has not risen significantly in recent days, but we expect that with the festive season starting from mid-August, online demand for goods will increase,” Thapa said. “We expect good growth in the coming three months,” he added.

According to Thapa, consumption patterns are expected to rebound as the middle class has not been impacted by the second wave of Covid-19.

“There is no decline in the buying habits of people, mostly middle-class people. But there has been a dramatic shift in people's preferences. They are not only spending on luxury items and fast moving consumer goods, but also buying books and health and fitness related products. The pandemic has changed people's buying habits.”