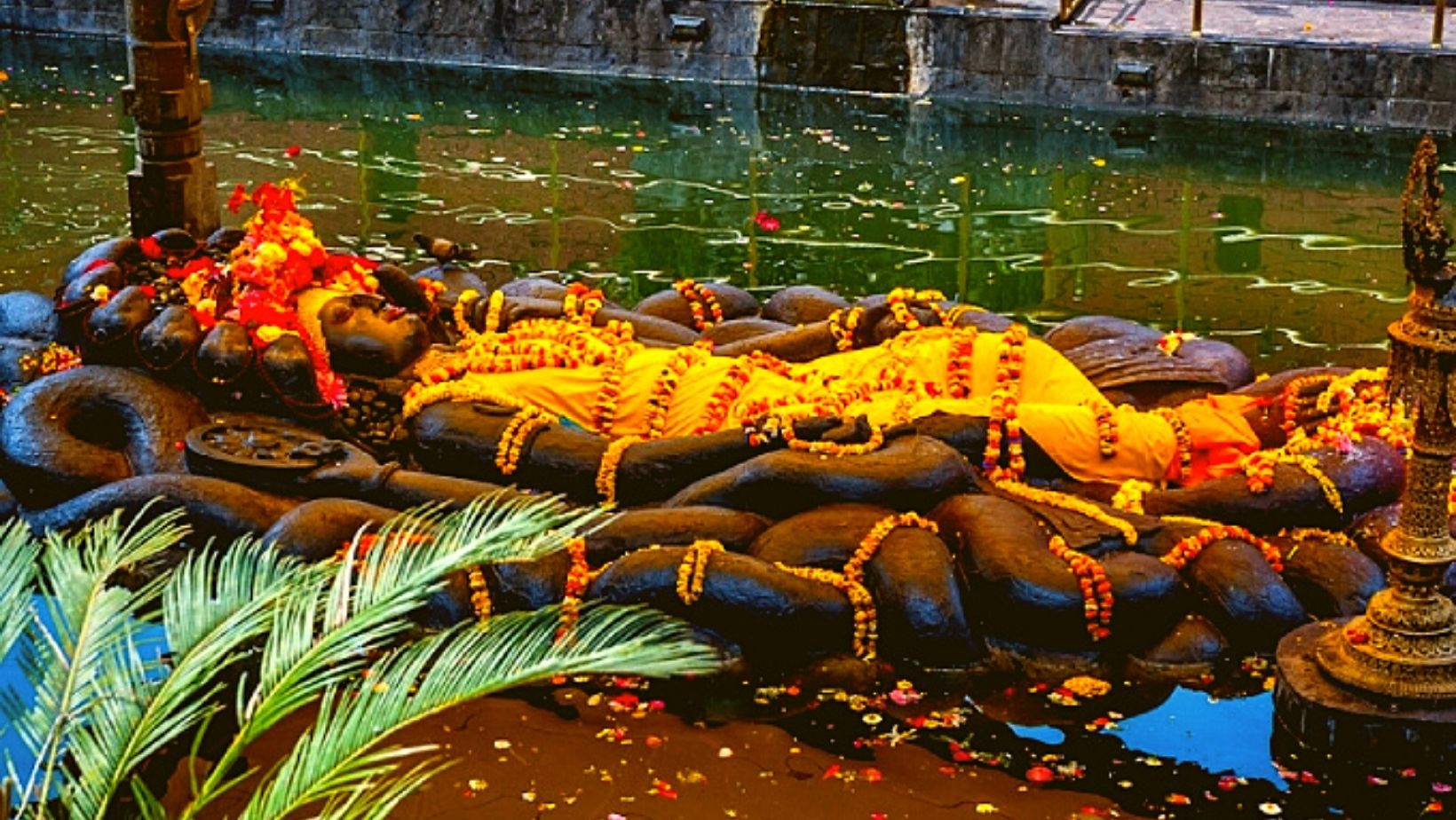 Budanilkantha is located at the foot of the Shivapuri Mountains in the north of the city center of Kathmandu. The main sanctuary is in the courtyard of the temple. It is a 5 m long stone portrait of the resting Vishnu, who is called here "Ananta shayin Narayan". It is located in the middle of a square basin that is fed by the surrounding springs. The Vishnu Narayan is seen in the sleeping position, his bed consists of the coils of the world serpent, which with its eleven cobra heads crowns his head. The stone portrait is one of the greatest works of art of early Nepal. It dates from the 7th century and was erected under King Bhimarjuna.

The believers are of the opinion that the resting Vishnu is not created by human hands, but rather God himself and enjoy the greatest veneration. Not Hindus are also allowed to be in the courtyard, but they are not allowed to go to the resting Vishnu. During the times of the monarchy in Nepal, the king was not allowed to see his own stone portrait because, according to belief, he himself was a divine incarnation of Vishnu.