Woman dies after bus hits her scooter in Jawalakhel 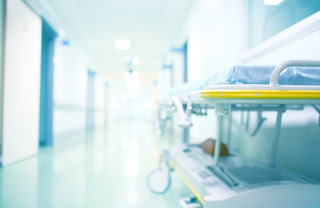 A woman’s death in a traffic accident in Jawalakhel in mid-day on Monday has once again brought to the fore concerns regarding haphazard police checks and the city’s road safety issues.

A 23-year-old woman died on the spot after her scooter was hit by a bus (Ba2Kha 3574) in front of Jawalakhel ground at 1:40 pm as she allegedly tried to evade a regular traffic police check, according to police.

“It seems that she [the rider] was trying to evade a regular traffic check,” according to the chief of Metropolitan Traffic Police Range, Lalitpur, told the Post. she neither had a driving licence nor the vehicle’s blue book.

The woman was rushed to the Jawalakhel-based Alka Hospital after she was hit by the bus, but was pronounced dead on arrival. A source at the hospital said the woman sustained injuries to her head

6
Processing
Voice note recorded successfully
Record
Recording 00:00
Commenting has been turned off for this post.
Categories
Read More
Business
Sustainable Home Decor is the Need of the Hour
Our planet needs us now more than ever. You will have come across several reports of forest...
By Will Pastons 2021-10-04 07:00:23 0 64
Other
You Could Know How to Test Your Chair Mould
The company should test the various properties of the Chair Mould under the normal operation of...
By Mold Shine 2021-10-21 06:16:00 0 52
Party
Prada Bags On Sale
Prada Bags On Sale https://www.pradabagsite.com/
By Cara Stone 2021-09-02 08:28:18 0 139
Business
The shooting contest and blocking systems were completely rebuilt
I'd prefer to see something more along Nba 2k22 Mt the similar to a MyCoach mode. Let me become...
By Dingbest Dingbest 2022-03-26 01:47:36 0 15
Business
manteniment ordinadors barcelona
manteniment ordinadors barcelona TANCRA Systems está especializada en reparación y...
By David Warner 2022-03-01 07:21:24 0 21