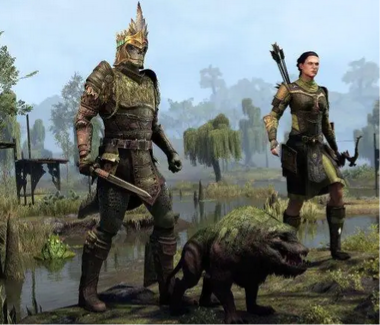 There is a series of impressive missions in The Elder Scrolls Online. Players can get rewards such as Elder Scrolls Online Gold by completing tasks. This can be upgraded quickly and you can also use ESO Gold to buy better equipment and weapons. For some beginners, here are the best tasks.

Divine Blessings. Location: Vvardenfell, Morrowind. Level: Level three. Goal: Retrieve the Archenon's Signet and use it to restore Vivec. Divine Blessings is actually the last step of a long chain, it is part of the main story chain through Vvardenfell. If the players have played Morrowind, the mission will be a fascinating journey of memory. Contrary to actual battles and adventures, there is often more investigation and politics, which may discourage some experienced players, but it is one of the earliest mission chains, partly intended as a tutorial, if players want Quick upgrade can also buy ESO Gold.

The Tempest Unleashed. Location: Elsweyr, Khenarthi's Roost. Grade: Five. Goal: Help resist Maormer’s attack on Cat’s Eye Pier by saving civilians, stopping secret and creepy rituals, and killing bad guys known as sea vipers. Even for the earlier missions, the release of the storm has a lot of things. Players can experience the inevitable usual political perspective, as well as magic, adventure, and various mini dungeons. Players can buy ESO Gold to improve their strength. This is part of the mission chain that guides players through part of the Aldmeri Dominion story chain, and was previously a mostly diplomatic mission. After completion, the next task, To Auridon, is actually the completion of the storyline and takes the player to a brand new location.

Lineage of Tooth and Claw. Location: Glenumbra, High Rock. Grade: 9-20. Goal: To capture werewolves for rituals. The basic concept of capturing a live werewolf is already very exciting, a mysterious ritual involving cursed blood. After completing this task, players will also receive the title of Werewolf Killer, as well as rewards including a large amount of ESO Gold. This mission is part of the chain that continues the legend of the werewolf Faolchu.