Virat Kohli Has Been One Of The Great Ambassadors Of Red-Ball Cricket, States Ravi Shastri

India’s run in the ICC T20 World Cup 2021 came to an end after a nine-wicket win against Namibia on Monday. 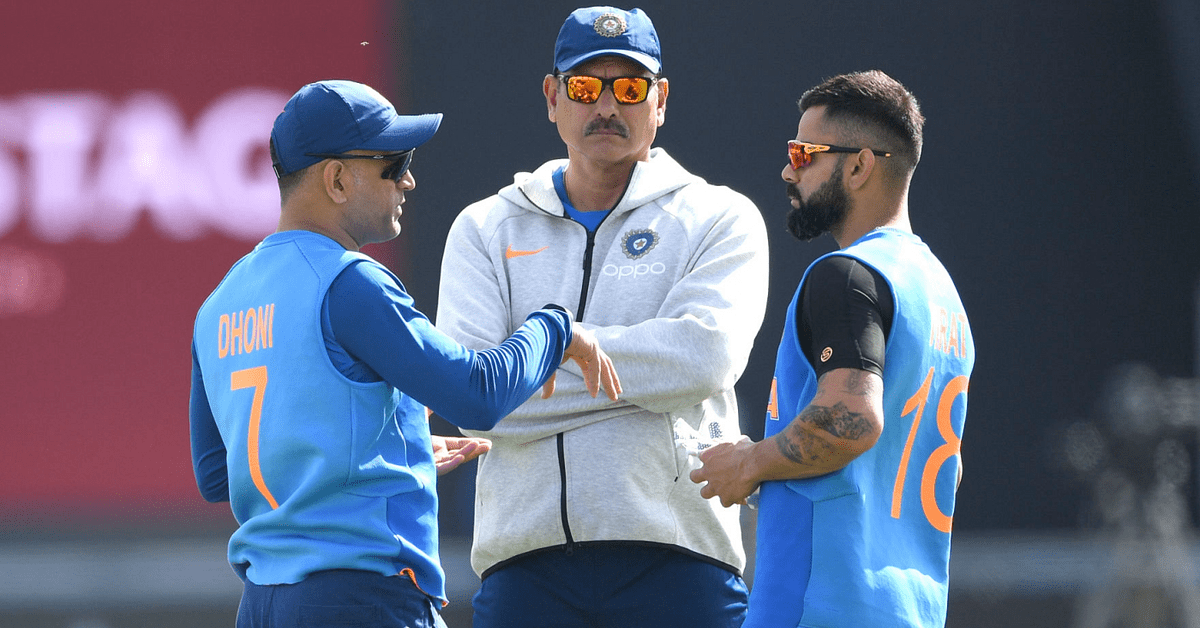 India finished the Super 12 stage on third place with six points in Group 2 below Pakistan and New Zealand, who defeated them in their first two games.

It was the last match for Virat Kohli as the captain of India’s T20I team, and it also marked the end of Ravi Shastri’s tenure as the head coach of the team.

Shastri and Kohli’s partnership was very famous in the public eye for the respect they had for each other and the camaraderie they displayed in their professional stint.

Shastri, who was appointed as the head coach for the first time in 2017, said that Kohli is one of the great ambassadors of Test cricket.

“We (along with Virat Kohli) actively worked towards it. We wanted trust in that dressing room. That’s the only way you can get each other’s back. We needed communication. We wanted no finger pointing at each other. We needed the word ‘I’ to be thrown into the dustbin and the word ‘we’ coming in. And we created a culture that had to be obeyed and followed,” Shastri said in his post-match press conference.

“With Virat leading the way, he’s been one of the great ambassadors for the games, especially when you look at red ball cricket, the way he’s embraced it. And it’s allowed other players on the team to follow suit. You’ve got to give credit where it’s due,” he added.

India is going to get a big trophy in the hands soon: Ravi Shastri

Shastri might not have achieved an ICC trophy under his tenure, but definitely, he has revamped India’s Test structure, especially in overseas tours.

Shastri said the team has played fearless cricket across the world, and they will certainly achieve success in ICC tournaments in future.

“So it’s a team culture, which was impressed upon the team to follow, and they followed it to the hilt. They played fearless cricket round the globe,” Shastri asserted.

“For me, everything is important. If you’re playing a big tournament, a big series, you play to win. So it’s not happened this time, but it will happen another time for this team. They’re far too talented not to get something going or get something and a big trophy in the hands soon, just like they did in Australia twice,” he added.

Former Indian captain Rahul Dravid is appointed as the new head coach of the Indian team, and he will take charge in the upcoming bilateral series against New Zealand at home.

Also Read: T20 World Cup 2021: We Would Have Ideally Liked A Bigger Gap Between The IPL And The World Cup – Ravi Shastri