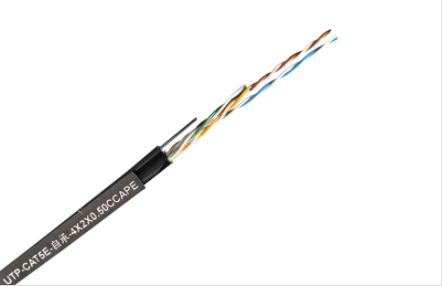 CAT5e and CAT6 crosstalk
Both CAT5e and CAT6 are twisted-pair cables. Both use copper wires, and each cable usually has 4 twisted pairs (8 wires). In the past, the 250 MHz performance provided by CAT6 was usually achieved through the use of nylon splines in the cabling, which isolates each of the four twisted pairs to make the cable rigid. Today, CAT6 cables are more flexible and use other methods to reduce noise.