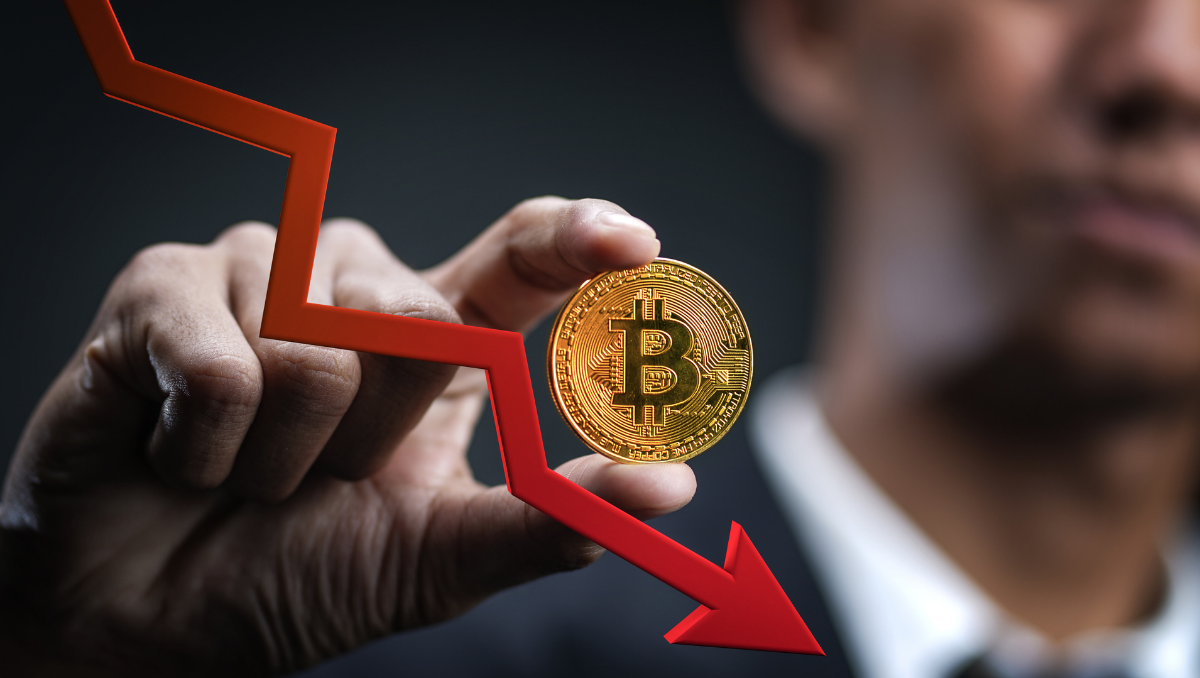 Bitcoin and cryptocurrency prices have suddenly gone into freefall following a period low volatility since the turn of the year.

Meanwhile, other major coins— including ethereum, Binance's BNB, solana, cardano and XRP—have also fallen sharply losing between 3% and 5% and wiping billions of dollars of value from the combined $2.1 trillion crypto market.

Cryptocurrency prices fell along with stock markets after the Federal Reserve released the minutes of its December meeting in which officials discussed the possibility of earlier and faster interest rate hikes and shrinking the Fed's $8.3 trillion balance sheet. The tech-heavy Nasdaq NDAQ +0.2% lost more than 3% in its worst sell-off since March.

"Almost all participants agreed that it would likely be appropriate to initiate balance sheet runoff at some point after the first increase in the target range for the federal funds rate," according to the meeting summary. "Some participants judged that a significant amount of balance sheet shrinkage could be appropriate over the normalization process, especially in light of abundant liquidity in money markets."

The bitcoin price has soared over 500% during the last two years, with other major cryptocurrencies such as ethereum and its many rivals making even larger gains as easy money flooded markets. The crypto market ballooned to $3 trillion in late 2021, up from $200 billion in early 2020. However, Apple's AAPL -1.7% share price rose more than the bitcoin price last year as technology stocks led markets higher.

Fears that the Fed could hike its record-low interest rates and cut its huge Covid-era stimulus measures have weighed on bitcoin, crypto and equity prices across the board in recent months and bitcoin's move in tandem with stocks has knocked its reputation as a safe-haven asset.

"For the risk-off asset narrative to return, institutional investors must see a decline in bitcoin’s correlation with the S&P 500," Sam Kopelman, U.K. manager at bitcoin and crypto exchange Luno, said in emailed comments. "Only then will the promise of cryptocurrency as a hedge investment be revived." 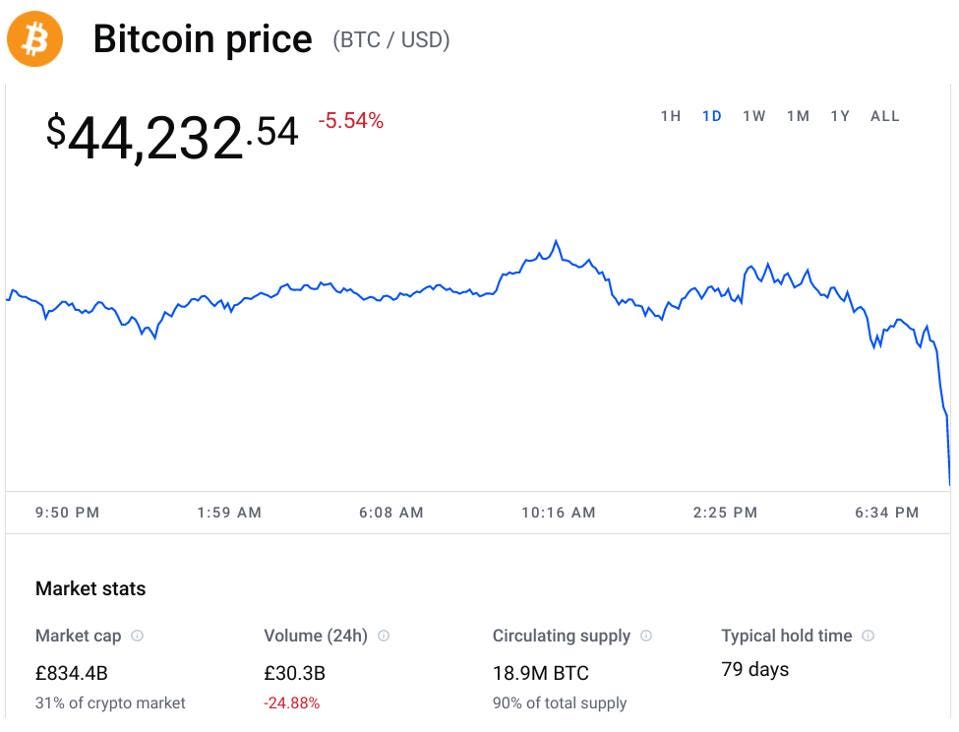 The latest crypto price crash comes after much of the internet was shut down in Kazakhstan, now a major bitcoin, ethereum and cryptocurrency mining hub due to China's expulsion of miners through 2021. Crypto miners use powerful computers to secure cryptocurrency blockchains and validate transactions in return for freshly minted coins.

Kazakhstan is now thought to be home to as much as 18% of the world's bitcoin mining power, according to research from the Cambridge Centre for Alternative Finance out late last year and reported by The Block.

Earlier today, Coindesk reported crypto mining in Kazakhstan "is likely to be hurt" due to the country’s largest internet service provider shutting down access to the internet in response to protesters storming government buildings over sky-high energy costs.

"I guess some geeks would say that in theory you could mine without internet, but in practice, all the machines in Kazakhstan should be turned off because of the internet shutdown," Jaran Mellerud, a researcher at Arcane Research, told CoinDesk.