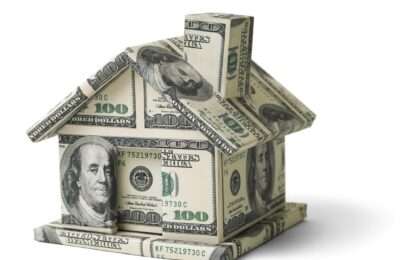 Indeed, from the first day you start earning money until the last day that you can earn money until the day you die, they’re leering at your wealth. They’re lusting for it.

They could have a terrible effect on your life if you are not careful. This book will help you identify some of them and limit the damage they can do.

They, the wealth destroyers, are in no particular order the following: the government, some of your pushy, shameless relatives, the government, your personal needs, the government, your wife, your husband, jealous neighbors, the government, distant relatives who suddenly contact you when you are doing well, credit card companies, pushy populist pols on the hustings with plans for bigger governments with little or no mention of how to pay for them, your increasing health care costs as you age, the declining value of those dollars in your pocket owing to the over creation of money with the resulting reduction of your buying power through inflation. All of these wear on your wealth. And finally, of course, the government.

And, by the way, don’t forget the government. That’s because, where your wealth is concerned, it never forgets.

These are among myriad enemies or potential enemies of would-be wealth creation or preservation. Battling them, keeping them from taking over your life, is one of the subjects of this book.

Each of the wealth destroyers will sap your wealth, aborting your efforts to create an independent lifestyle. They will end your dreams of taking it easy while you still have your original teeth. They can destroy your plans for a house in a lovely suburban community, or an apartment in the center of the city or a lovely getaway somewhere that hasn’t been overrun by traffic.

Do you want any or more of these things? And are you an average person who will earn a middle-class income over the course of a lifetime? Then what is your plan to build, protect and preserve wealth? In this age of ever higher taxation and runaway consumerism, an age that could send almost anyone scrambling for bankruptcy protection, everyone needs a plan to accumulate and protect wealth.

Looking for the Holy Grail? It Isn’t Here.

MoneySense isn’t the Holy Grail of wealth creation. I certainly don’t have the name of a hot stock that will make you a millionaire overnight.

I don’t have a Hillary Clinton cattle futures tip for you. I also can’t provide you and yours with the political pull to obtain tens of millions of dollars in tax breaks that someone like Donald Trump obtained in his years as a New York builder. However, I am someone who, along with my wife, started with almost nothing.

Today, my wife, the ever-comely Suzanne Hall, and I are comfortable. We are financially independent even as markets are crashing from time to time because the country is in a recession or possibly on the verge of a depression.

My wife is a former airplane mechanic, now playwright. I am a business journalist who is anything but a household name. I am an aging pot-bellied Babbitt living deep in the heart in Bunkerland (Archie’s house is about two neighborhoods away. I often walk over there, since I don’t have a car, and gawk). I never made it to bigtime journalism, but I made a decent living over some four decades.

Neither of us has ever made a ton of money. I never worked for the big boys of the business—the New York Times or one of the networks.

The best I could was as a part-time business reporter for the New York Post business section for some 18 years and various other small, unremarkable business publications such as Financial Advisor, Financial Planning and Traders Magazine as well as various web sites such as Mises.com. the Epoch Times, InsideSources and the Future of Freedom Foundation.

My wife worked for Delta Airlines for some ten years, her last full-time job. She has had some of her plays produced off-Broadway but, to date, neither of us has ever earned huge amounts of geld.

So how did we achieve financial independence without ever earning a bundle; achieving the right to never have to ride the egregious E-train to Manhattan ever again if that is our wish?

We worked hard, spent sensibly, saved and invested consistently over a number of years—about 25 years—and had a saving, investing and spending plan that we followed in bad times as well as good. Our success is in part because I have dealt with some brilliant people over the course of many years. Some of them have forgotten more about money management than I will ever know.

But by listening, observing and writing, I have learned some techniques of wealth creation and destruction. By the way, avoiding the latter is as important as doing the former. You win in life and personal finance by minimizing mistakes as well as doing smart things.

It is one of themes of this book that it is just as important to protect your wealth as it is to amass it; that, in personal finance, playing defense is at least as important as playing offense (Maybe more; championship teams in almost any sport often have a defense first philosophy). Most of the techniques I recommend are not rocket science. Most of them are based on commonsense. But commonsense ideas, the same as basic principles of individual liberty, sometimes need to be repeated from time to time, need to be passed from one generation to the next, or they are lost.

A lot of Americans are lost when it comes to their money as well their understanding of the blessings of liberty.

That’s obvious today. It is a time when credit card debt numbers and bankruptcies are huge in part because many people thought the government would take care of them, no matter their circumstances.

How does one avoid these problems?

This book is an accumulation of the wisdom of many people who I have met in my decades in business journalism. It also contains various stories of how average people met financial disaster, most of which could have been avoided.

I believe that it can help you, the average person, with a middle-class, or below middle-class, income arrive at the same place: Financial independence. I believe that one doesn’t have to make a bundle to achieve independence. A middle-class income or even something less can reach this goal. However, you should be patient, disciplined and follow automatic saving, investing and spending techniques that I will recommend that I hope you will eventually take for granted.

Achieving MoneySense independence requires a commitment to a plan over years, possibly decades. It is designed with younger people in mind. But middle-aged people can also benefit. And, at the end of the book, I also offer effective ways for those who are retired with a decent amount of assets to ensure that they will reduce their chances of running out of money.

But it all begins with a commitment by you and your loved ones.

When my wife and I agreed to saving, investing and working toward financial independence we had almost nothing. We had lost a lot of time. We were already in our late 30s when we wed at the end of 1987. That was the year of the stock market crash. But I think that the principles of MoneySense can even help those in their 50s and 60s, although obviously it is more challenging for them than someone with his or her prime earnings years still ahead.

Who Are You, Dear Reader?

Possibly you are someone who has taken the first steps to achieving these goals that only substantial wealth can bring. Possibly you haven’t done a thing about your finances but you want to begin now. This book is for you.

Remember, despite any success you may have had, there are so many ways that you can be tripped up. How? More on this in our next segment.

Are you enjoying this book? Then why not buy the entire book now. For $3 the entire book can be delivered to your computer. Here’s how: Purchase the book at the following link now for just $3 [Click HERE to purchase the eBook] : https://t.co/US1vrW7lJ8

Please log in to like, share and comment!
Search
Categories
Read More
Networking
Jimmy Choo Shoes player and
For a long time, playing in a band, I wanted to present sort of more masculine because I felt...
By Anna Mela 2021-09-14 06:23:31 0 114
Health & Fitness
Diagnosing Erectile Dysfunction In Men - Filitra Professional
A doctor who falls under the category of a urologist, who is known for diagnosing erectile...
By Thekamagra Shop 2022-06-29 11:40:42 0 35
Other
Learning Massage Therapy : Modalities Presented
See Learning Massage in the not to mention Europe. There can be finished 40 completely different...
By Asad Shaikh 2022-09-25 13:19:18 0 4
Shopping & e-Commerce
The "Manningcast" is back for "Monday Night Football" in We
The "Manningcast" is back for "Monday Trace McSorley Jersey Night Football" inWeek 13. Peyton and...
By John Short 2022-08-14 05:03:31 0 12
Information Technology
'Backbone of new India' | PM Modi Hails India's Entrepreneurs, Announces Jan 16 As ‘National Startup Day'
Prime Minister Narendra Modi on Saturday hailed India’s startups ecosystem,...
By Shankar Jyu 2022-01-15 11:10:02 2 120