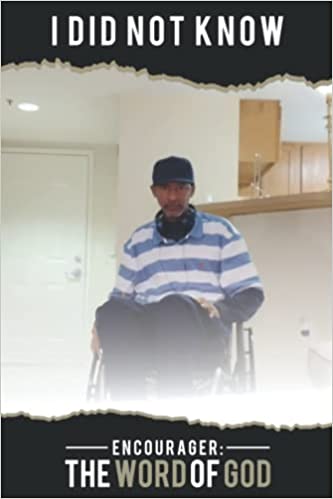 The I Did Not Know Book book is written about Alcohol, Cocaine, Ecstasy, Heroin, Marijuana and a few other illegal chemical controlled substances. Once a human becomes addicted to drugs, the chemicals now have access to start the destroying process. All Narcotics will soon connect with brain cells. The I Did Not Know novel will share with you how the brain performs when Alcohol, Cocaine, Ecstasy, Heroin, and or Marijuana is operating in the brain.

Many athletes are gifted and talented. It only takes a one time try to use drugs and soon be a victim of addiction. One day, this brilliant athlete decided to smoke marijuana with his high school basketball teammates. With all his heart, he believes smoking or inhaling marijuana is the reason for his drug use elevation. Never did this athlete believe that smoking Cocaine, snorting Heroin, swallowing Valiums, drinking cough syrup with blended Tylenol 3 & 4, taking Codeine Pills, or using any other illegal chemical controlled substance would be his experience. Not only that, but the athlete never thought a time would come that drugs would destroy his athletic vision/dream.

One day, as this athlete was getting high, his heart stopped beating for 11 minutes. The drug addict then goes into a deep coma, and stays in it for ten days. Due to the heart stop and coma experience, his brain suffered a terrible injury. Not only that, but the nerves in Brian’s left leg suffered damage. Yes, he can walk decently, but his athletic dreams are no longer a futuristic plan. Wow, this talented athlete kept on using and abusing drugs, until drugs used and abused him. Nevertheless, God’s mercy brought Brian Irons out of it all. From this horrible experience, Brian now has a true drug addiction story.

After experiencing this drug abusing conflict, the drug addict turns to God for help. God’s word explained how sin persuades people to experiment with drugs. All the sins that started his drug using experiences were forgiven. God has rehabbed this drug addict life time after time. The message to the world is this, “Do not allow your living to be influenced by chemical control substances”. If you do, your life will continually experience “I Did Not Know” tragedies.