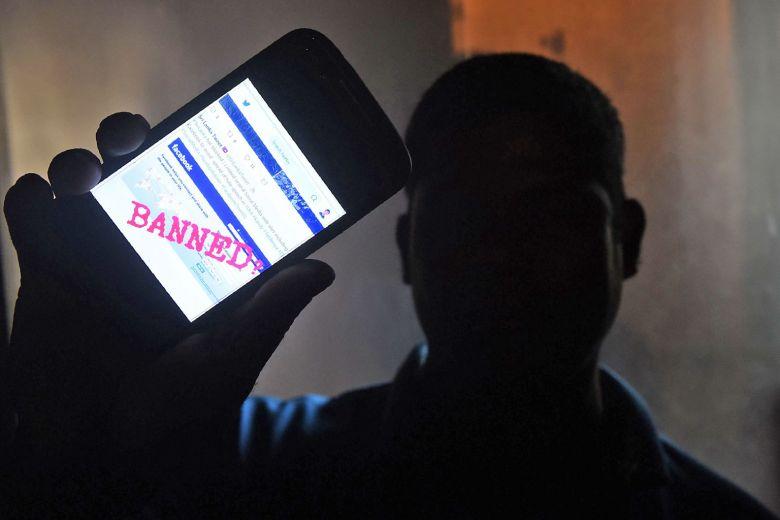 After at least 207 people were killed and over four hundred more were reported wounded after a series of bombs went off at Easter services in Sri Lanka, the Sri Lankan government has moved to block access to Facebook, TechCrunch reported on Sunday.

In a brief statement, presidential secretary Udaya Seneviratne said that the government has “decided to temporarily block social media sites including Facebook and Instagram” to combat “false news reports,” and that services would return after investigations had finished. Various reports suggested that both Facebook and its subsidiary WhatsApp were affected by the outage, though some users reported still being able to connect to WhatsApp, TechCrunch wrote. According to the Washington Post, some people in the country also said they were unable to access Instagram (another Facebook-owned property) and YouTube.

In a statement to TechCrunch, Facebook wrote that it was aware of the ban and stated that it was “committed to maintaining our services and helping the community and the country during this tragic time”:

Our hearts go out to the victims, their families and the community affected by this horrendous act. Teams from across Facebook have been working to support first responders and law enforcement as well as to identify and remove content which violates our standards. We are aware of the government’s statement regarding the temporary blocking of social media platforms. People rely on our services to communicate with their loved ones and we are committed to maintaining our services and helping the community and the country during this tragic time.

This is not the first time the Sri Lankan government has ordered Facebook shut down. In March 2018, authorities there ordered internet and mobile service providers to block Facebook and its subsidiaries, as well as messaging app Viber, after members of the majority Sinhalese ethnic group were reported to have launched deadly mob attacks against Muslims in Kandy district. Sri Lankan government officials and human rights activists said Facebook had done little to rein in rampant misinformation, hate speech, and propaganda circulating on the service, with Sinhalese nationalist groups reportedly using the platforms to scapegoat and spread rumors about the minority Muslim population.

Shortly after that incident, the New York Times published a bombshell report indicating that despite serving as the de facto primary portal to the internet for many Sri Lankans, Facebook had made little effort to police the service. The Times wrote:

Time and again, communal hatreds overrun the newsfeed—the primary portal for news and information for many users—unchecked as local media are displaced by Facebook and governments find themselves with little leverage over the company. Some users, energized by hate speech and misinformation, plot real-world attacks.

A reconstruction of Sri Lanka’s descent into violence, based on interviews with officials, victims and ordinary users caught up in online anger, found that Facebook’s newsfeed played a central role in nearly every step from rumor to killing. Facebook officials, they say, ignored repeated warnings of the potential for violence, resisting pressure to hire moderators or establish emergency points of contact.

In one incident, the Times wrote, a mob in the town of Ampara beat a man named Atham-Lebbe Farsith at a Muslim-owned restaurant after a patron became convinced a sterilization pill had been added to his food—a vicious and unfounded rumor about Muslims he had probably originally seen on Facebook.

Facebook has also been accused of enabling genocide in Myanmar and fueling mob violence in rural Indonesia.

As the New York Times noted, this block is different than the previous incident because it seems to be pre-emptive, with the government “treating the platforms as too dangerous to remain online.” Some false information, including a rumor the Sri Lanka Red Cross had been targeted, was reported to be circulating on social media.

According to the Post, senior researcher Sanjana Hattotuwa of the Colombo-based Center for Policy Alternatives said he had seen a major rise in reports of misinformation Facebook and Twitter, including a post pre-emptively blaming the bombings on Muslims as well as “a tweet from a Sri Lankan minister about an intelligence report warning of an attack.” Hattotuwa told the Post that he is sharing those reports with the companies.

As the Post noted, South Asia was reported by Human Rights Watch to have the highest number of internet shutdowns by authorities globally in 2018, though Sri Lanka had one to India’s 82. That report noted that despite the tactic’s “increasing abuse by governments, there remains no substantive data or evidence to prove that internet shutdowns can scale down violence.”

The Sri Lankan government has named the suspects in the Easter bombings as religious extremists, according to the Guardian, and has arrested at least 13 people. In addition to the social media blackout, a mandatory curfew is in effect. The Times reported that a radical Islamic group, National Thowheeth Jama’ath, had issued a threat against churches 10 days ago, but it was not clear whether the government took precautions in relation to the threat or whether the group was behind the bombings.

“We believe these were coordinated attacks, and one group was behind them,” Defense Minister Ruwan Wijewardene said, according to the Times. At least three police officers were killed during a raid in Dematagoda, a suburb of Colombo, after a gun battle broke out with suspects; one detonated explosives while under questioning, the Times wrote.

The attacks are unprecedented, even given the devastating effects of the 1983-2009 Sri Lanka Civil War between the military and the Liberation Tigers of Tamil Eelam, a militant Tamil separatist group.

Update: 2:40 p.m. ET: This post has been updated with additional information.

40
Please log in to like, share and comment!
Search
Categories
Read More
Home & Gardening
Can A Potential Landlord Ask About Your Debt Load On The Rental Application?
So after finding the perfect apartment, you have decided to rent it. You have talked to the...
By Spark Rental 2022-02-22 16:04:27 0 90
Wellness
Top 12 considerations on hiring a pest control professional
Follow the checklist Sometimes it is better to hire a pest control professional...
By Anik Mishra 2020-04-11 09:36:14 0 279
Other
Which in turn in the Currency exchange Trade Programs can be Befitting Us
While using good results of an pair elderly currency exchange buy and sell packages, a lot of...
By Asad Shaikh 2022-09-25 11:15:53 0 2
Networking
Where can I seek College Assignment Help?
College Assignment Help is something that many students are looking for. One of the most...
By David Wayne 2022-09-03 11:05:46 0 17
Networking
Sex dolls are one of the most demanded sex toys
Love is one of the pleasant things in the world that is something that can be said as a different...
By Lili Blue 2019-11-26 09:02:17 0 330