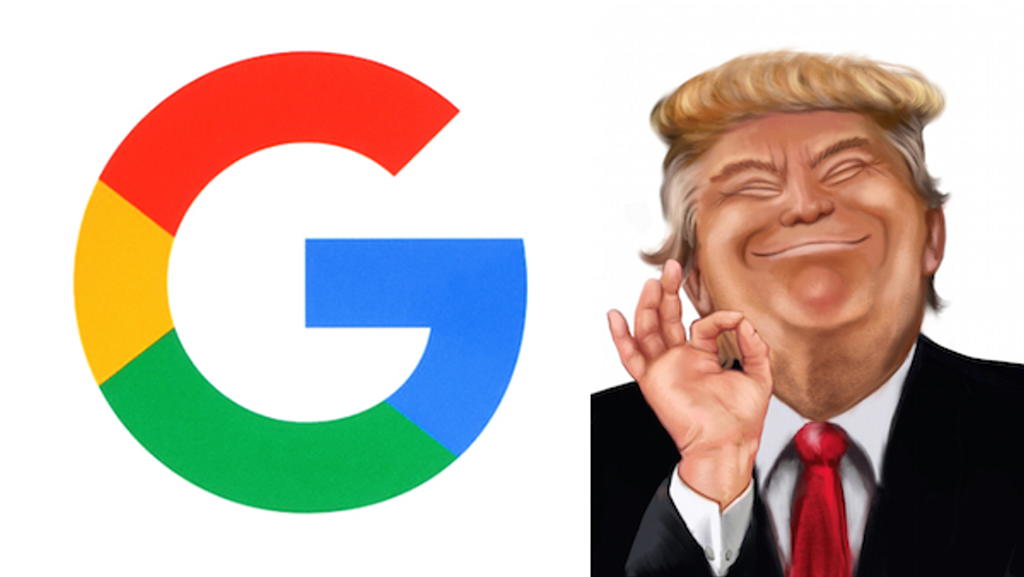 There’s a song that I just can’t get out of my head these days. It’s Green Day’s 2004 hit, American Idiot.

More than it being a great rock anthem that brings back fond memories of misspent youth, it’s because of Americans’ obsession with the word “idiot” in the context of their 45th president.

At the moment, it’s the most searched-for term in the United States, according to Google Trends. And people have looked it up online well over a million times since lawmakers at a congressional hearing this week demanded to know why typing “idiot” into Google’s image search would throw up a gallery of pictures of US President Donald Trump.

Google chief executive Sundar Pichai was in for a grilling by Republicans suggesting it was a liberal conspiracy to ridicule Trump as part of what they perceive to be an anti-conservative bias built into the internet giant’s search engine.

Pichai explained that it was all about algorithms, and matching queries with billions of indexed pages – every time a keyword was typed in, results would be ranked according to hundreds of factors such as “relevance, freshness, popularity, how other people are using it”.

Google got off pretty easy at the hearing, mostly due to its inquisitors’ technological illiteracy, evidenced by questions such as: “So it’s not some little man sitting behind the curtain figuring out what we’re going to show the user?” 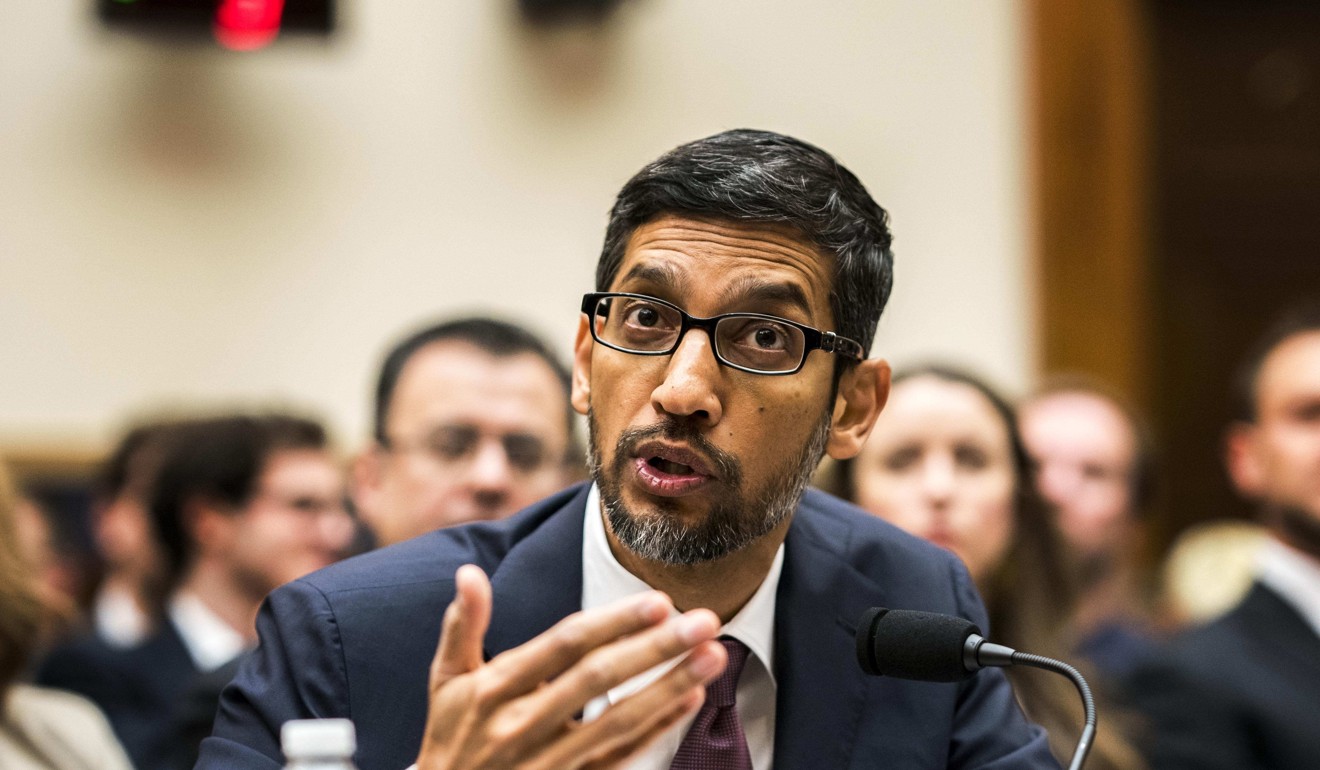 With their usual political axes to grind and general cluelessness about the wired world, US lawmakers missed the opportunity to take a major tech boss to task over matters of more consequence, such as how Google keeps tabs on billions of people, and how it uses their data for advertising.

To be fair to Trump, it was reported back in July that his face was popping up in Google searches for “idiot” partly due to protesters using the Green Day song as the soundtrack for his visit to London. Add to that an orchestrated campaign by Trump haters since then – with Reddit users leading the charge – to manipulate Google’s algorithms into making the word-image association a permanent feature.

Keep in mind, though, that the idiot tag was not conjured out of thin air.

Some of Trump’s closest aides, from outgoing chief of staff John Kelly and sacked secretary of state Rex Tillerson to treasury chief Steven Mnuchin, have been quoted as calling their president an idiot, or using synonyms to that effect.

Tillerson, who has yet to deny describing Trump as a “moron” with the F-word as a prefix, recently spoke on the record of how difficult it was to work with “a man who is pretty undisciplined, doesn’t like to read, doesn’t read briefing reports, doesn’t like to get into the details of a lot of things, but rather just says, ‘This is what I believe.’”

Keep Trump’s “stable genius” self-descriptor in mind when trying to get your head around his astonishing clash on camera with top Democrats Nancy Pelosi and Chuck Schumer in the Oval Office this week. During the bickering over funding for Trump’s border wall, the two opposition politicians managed to goad him into taking the blame in advance if it ended in a government shutdown – something you always pin on the other side.

It’s time to start listening to Green Day again, with the volume turned all the way up to 11.

This article appeared in the South China Morning Post print edition as: Google search makes Trump an idiot, but is it fair?
https://www.scmp.com/news/hong-kong/society/article/2178155/google-search-makes-trump-worlds-top-idiot-it-fair
9
Please log in to like, share and comment!
Categories
Read More
Shopping & e-Commerce
Wholesale Affordable Quality Brown Leather Watch Straps Dz4302_M000364
#Hair Accessories Wholesale Suppliers #Ruby Jhumka #Sagittarius Gold Pendant #Watch On Leather...
By Conrad Johnson 2020-04-19 23:38:45 0 162
Other
What is a unicorn dating?
Unicorn can mean women or men, and they are usually gray or have been partners for a...
By Will Pastons 2019-12-10 01:39:50 0 203
Shopping & e-Commerce
Finding the Right Wholesale Beauty Supply Store in Vancouver, Canada
Do you know of free beauty samples? Have you tried to obtain beauty samples? If you do not...
By Will Pastons 2021-04-02 02:26:22 0 71
Other
Sarunas Marciulionis former NBA player was awarded the prize for the best new card
In basketball, the best performances can sometimes be achieved virtually. While the NBA works to...
By Vivien Burns 2021-08-04 02:49:33 0 21
Crafts
2021 Giants Opponent Preview: Washington Soccer Employees
Factors may be altering for the Fresh York Giants underneath intellect train Joe Decide,...
By Pengs Duo 2021-08-16 09:13:19 0 17