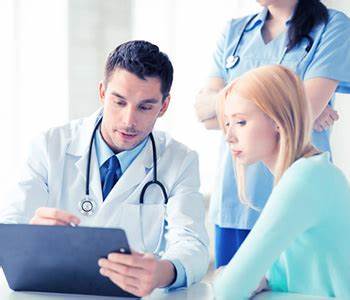 Warts have to be one of the most useless skin problems. Where do they come from? We do not know. But we do know that many people would go the extra mile not to have them.

Surely, for many people, a wart removal treatment is a big deal. After all, it is a procedure happening on their body. There are also some who are always on the lookout for safe ways that are effective for treatments like wart removal.

A dermatologist is an expert when it comes to finding out if you have a wart or not. While there are experts who can tell just by looking at a find, there are some who require further tests, which make it possible to rule out any other types of diseases. Such steps become quite essential right before treatment for wart removal.

When it comes to the actual wart removal treatment and having the best procedure as per your skin type or based on your case, it is crucial to have the age and health of the patient in mind.

8 different ways for wart removal and see how effective and safe are:

For your better understanding, we have categorized the following wart removal treatments as per the intensity of warts. And so here are some, which a dermatologist is most likely to suggest in most of the cases:

This is a pretty easy method for wart removal. Under this procedure, what a dermatologist does is just paint on a wart with some cantharidin. It is a substance that is used for the purpose of causing a blister that forms under the patient's wart. After a duration of a week or more, the patient has to return to their dermatologist's office for the wart removal procedure, which only includes having to clip away the dead wart.

Cryotherapy is one of the best wart removal treatments. It works wonders for adults as well as for older children. Having cryotherapy means freezing the wart for its easy removal. The treatment is an ideal one as it is not too painful. But one should know that it can cause dark spots, especially in people who have dark skin. There may also be possibilities for one to need to repeat such wart removal treatments.

This wart removal treatment is sort of the opposite of Cryotherapy. Where Cryotherapy is a “freezing treatment”, Electrosurgery is a “burning treatment”. This one comes off as a good treatment for common warts, foot warts, and filiform warts. When it comes to Curettage, it involves scraping off or curetting the wart with the help of a sharp knife or any kind of small, spoon-shaped tool. The two procedures go hand in hand, as in this kind of wart removal treatment, one procedure follows the other.

There are some warts on which the above treatments do not work. There is chance that a patient has warts in such a part of the body that might be sensitive to the above-mentioned treatments. Such cases then leave only wart removal procedures like excision as the last resort where the doctor may directly cut out the wart from the concerned part of the patient’s body.

Wart removal treatments are more applicable on warts that are harder to treat.

A Laser treatment is one of the most popular options for most skin problems these days. It should not come as a surprise that it is one for wart removal as well. It is mainly best for the kind of warts that have not responded to any other therapies or wart removal procedures. If you are scared of a treatment like this, you must know that dermatologists usually numb the wart and surrounding area with an anaesthetic before starting the treatment.

When it comes to flat warts, they usually appear in numbers. Meaning there are many of them at a time. So, the best wart removal treatment for such cases is chemical peeling. The treatment starts with a peeling medicine being applied to the affected area every day and using them as prescribed by the doctor. What works in them is the amount of salicylic acid, tretinoin, and glycolic acid.

There are dermatologists who suggest this method of wart removal where they inject an anti-cancer medicine, bleomycin, in each wart. Such shots will probably hurt and even show a few side effects, some of which might include nail loss if the shot was given in the fingers.

This is one of the innovative wart removal treatments where the patient's own immune system fights warts. Such treatment is ideal when warts do not seem to disappear even after a few other treatments. This one also has a few types. For instance, one type of immunotherapy consists of applying a chemical, like DCP, to warts, which causes a mild allergic reaction. This reaction occurs around the treated warts and hence may help with shooing warts away.

One other type of immunotherapy wart removal procedure consists of getting shots of interferon, which can boost the body's immune system. This gives the body the ability and the zeal to fight off the virus which might be causing warts.

Choose a Wart Removal Procedure For Yourself Wisely

While you might be confused between so many options, and the question - “Which one should I choose?” Well, do not worry. Sometimes, such decisions are pretty easy to make in light of the fact that they have to be chosen as per the extent of wart removal you need. Although there are various choices for you to pick from, there are also various cases, benefits, and even side effects that need to be addressed first to get the best of treatment.

We can say for sure that when you visit one of the best skin clinics in Dubai, you can find experts who can advise you on the multiple options you have. There might be a few cases where the patients do not have a choice, but there are somewhere the doctor will walk you through the step by step procedure of all the wart removal treatments and help you make the best decision for yourself.

So, in case of any doubts and queries, go ahead and make an appointment with the best today!