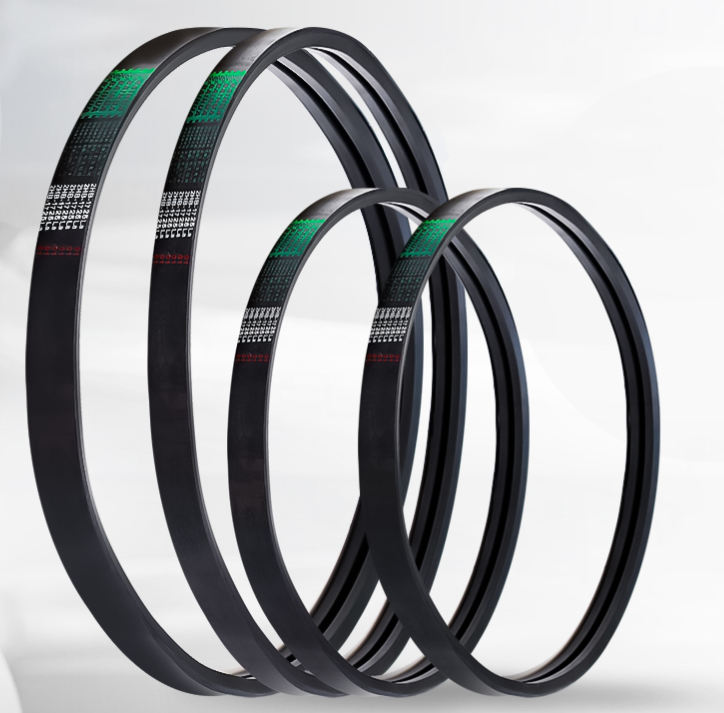 The hexagonal belts or double-sided V-Belt is a specially constructed belt, which provides wedging action from both sides of the belt. The construction of a hexagonal belt resembles two v-belts banded back to back. The tensile member runs through the very centre of the belt's overall depth.

This range of belts is manufactured in AA, BB, CC and 25 sections; conforming to international standards; IS 11038, ISO 5289, RMA IP 21. The belt is wrapped with a strong, wear resistant, bias cut, neoprene rubberised fabric.

These belts give a solution for drives incorporating multiple pulleys in a plane with different direction of rotations - sometimes known as "serpentine" drives. Using both sides of the belt it is possible to transmit power to and from pulleys rotating in both clockwise and anti-clockwise directions. These belts are most commonly found on the "deck" drive of large grass cutters, but they are used in many other industrial and agricultural applications.