Laxmi Bardewa made it in the Nepali film industry quickly. Now, she wants to go farthest possible 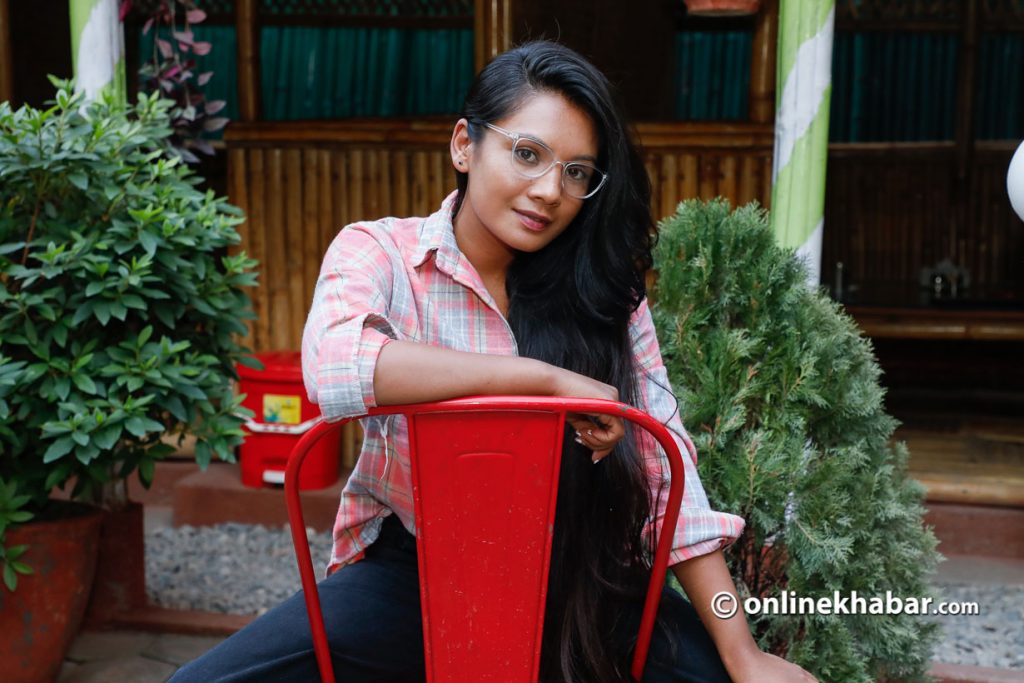 Laxmi Bardewa started working early. She had a job when she was about complete her school (the 12th grade). But, she was not happy with her job but was also hopping from one organisation to another.

The final year exams of her school got over and she passed with a good score. She had just quit a job, and thoughts about her future kept her restless.

In the meantime, she got an opportunity to do a small role in the movie Mala. The very first day of the shoot mesmerised her. “I had never felt happiness at work. After acting in the shooting, I immediately felt this is my field,” she recalls.

Her shoot ended early that day. But, she did not feel like returning home. She stayed up late till night to watch others’ performances.

Bardewa learned only later that she stayed late that day because she was about to stay in the same field for many years to come as the emerging actress of the Nepali film industry has impressed both filmmakers and audiences of late. Bardewa has proved herself a promising artist in a short span of just a few years.

The profession never dreamed of

Born into a lower-middle-class family in Lalitpur, Bardewa grew up in Gaurighat, Kathmandu. Eldest of the three sisters, she was always good in her studies and extracurricular activities including drama, poetry and debates. In fact, she is still active in writing poetry.

When someone at school asked her, “What will you be in the future?” she never had an answer. “I did not want to become a doctor per se. But, I wanted to be like a doctor when I saw a doctor, and a newscaster while watching TV. But, I never thought I would become an actress,” she shares.

Bardewa was initially reluctant to act. Her mother loved to watch her in plays at her school. It was her mother who encouraged her to work in the film industry, she remembers.

After Mala, the desire to act suddenly increased. When other people said, “You act well, it will be even better if you learn acting,” she became more confident.

Learn acting? Okay, but where?

Bardewa inquired about theatre groups active in Kathmandu. She also got numbers of people from the Actor’s Studio; one of them was artist Ashant Sharma.

Hopeful, Bardewa called Sharma and got to know there were classes ongoing in the mornings. But, she used to go to college in the morning. So, she had to wait for a while before the afternoon sessions would start.

Meanwhile, she kept calling Sharma. “I used to call him constantly, always saying how much I was interested in acting. I think that is why he got annoyed and stopped picking up my calls.”

But, after some time, Sharma reached out and invited her to come and watch the rehearsals. “You can learn a lot by watching. Come on time,” he said.

She reached the place where they were rehearsing for the play Umbuklandko Muthabhed. She has still not forgotten that day and how happy it made her. “After that, I started attending drama rehearsals regularly.”

There, Bardewa was also responsible to assist Sharma. From bringing food and water for the artists to cleaning, she did them all. “I used to watch the rehearsals carefully along with my work and started adopting what I learned there.”

Meanwhile, she had gone through the script many times and memorised every dialogue.

One day, she got the opportunity she was looking for. The rehearsal required one more character, and Sharma asked her to fill in. But, since it was her first time performing on stage, she was very scared.

Sharma encouraged her and she happily started acting in the play. However, as the play drew close to its end, her anxiety grew, “What next?”. She kept asking herself.

To stay close to theatres, she tried to become a volunteer at the Mandala Theatre, but it did not work out.

And for a few good months, she had to stay at home. She got very stressed.

Just then, an acting workshop was starting at Mandala. So, she arrived there, auditioned and got selected. But, the classes cost a lot of money that she did not have. She got stressed further.

Eventually, the theatre gave her a 50 per cent scholarship and soon after, she started training with Sunil Pokharel. While she was training, she got a chance to act in the play Sunkeshari. And after that, she never looked back.

On the big screen

Time flew, and it had been four years since Laxmi started acting.

She then got a call from director Rambabu Gurung. She was offered a role in his movie Ghampani.

Her performance in the film got her good responses from the audience and well-wishers. And she started getting offers for movies, one after another: Mr Jhole, Jaalo, Kagazpatra, Damaruko Dandibiyo, Bulbul and Selfie King.

Her performance as a tempo driver in Bulbul was distinctly praised.

Her new movie Prem Geet-3 has not been released due to Covid-19 and its impacts. Her other movie Neerphool is also on hold. Similarly, the shooting of Ananta has been postponed due to the prohibitory order. She is also working on Bichchhed.

When asked what her secret of acting is, she replies, “I look at characters, script and the team. Then, for the aspects where I can show my strength.”

Bardewa says she prefers a short role with a strong character rather than a weak character with a long role. “I have to be convinced of the character first. I want to be a versatile actress,” she says.

When it comes to scripts, she needs to read them at least twice or thrice. Then, she makes efforts to understand the director’s view of her character.

Not only dramas and feature films, but she has also acted in many short films. Given her different acting style, she has worked in one music video after another.

Her first music video was with Dayahang Rai in Paranai Dinchhu. In fact, the video was based on her concept. After that, her music video Jail Pani Sahunla established her as a great artist. Bardewa directed the video and it featured Jiban Bhattarai, her husband.

They got married two years ago. Bhattarai is an equally popular actor in theatres and movies. The couple has acted together in many music videos.

Bardewa says she is very happy with her acting journey. “I find my happiness here,” she says ecstatically. In terms of income also, she says she has it easy. In the future, she plans to direct both plays and films.

The secret of success is perseverance even in difficult situations. “Success is not instant. If you work honestly, you will succeed one day.”