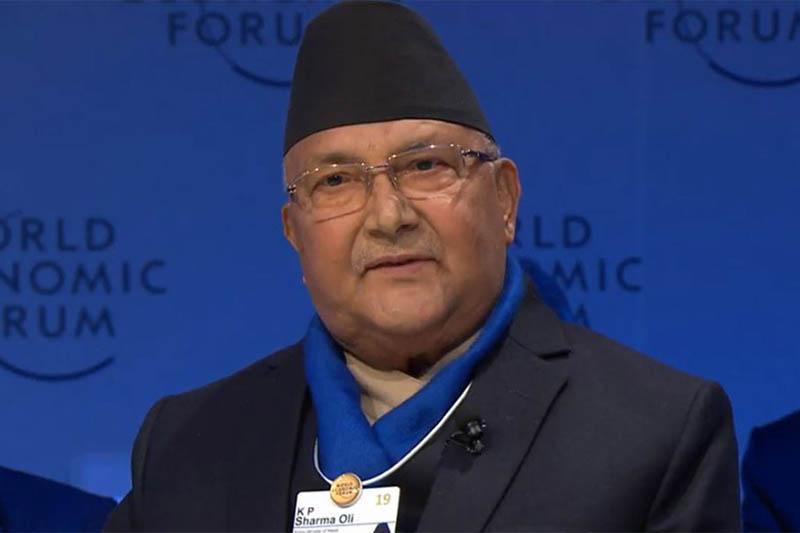 South Asia accounts for 21% of the world's population, yet intra-regional trade accounts for less than 5% of their overall trade. As the least economically integrated region in the world, what can South Asia do to build a regional economic architecture?

Prime Minister KP Sharma Oli today said Nepal would become one of the fastest-growing economies in the next few years.

Speaking at a televised session on ‘Strategic Outlook on South Asia’ as a panelist at the 49th Annual Meeting of the World Economic Forum in Davos, Switzerland, Oli said Nepal earlier lagged behind in terms of economic growth because of long political instability, but now the country was focusing on rapid economic development with political and policy stability in place.

“To materialise our motto of ‘Prosperous Nepal, Happy Nepali’, we have introduced new policies and reforms in all economic fields,” said Prime Minister Oli, adding that Nepal was also giving due priority to social justice and empowerment of all sections of society along with economic development.

Stating that Nepal had more than 60 per cent of working population, the prime minister said that Nepal had prioritised all private, public and cooperative sectors for job creation. “A huge number of Nepali people are outside the country in search of jobs, we want to bring them back,” said Oli.

To create jobs, Nepal needs foreign investment in the productive sector, and Nepal is ready to facilitate such investment, according to the prime minister.

Oli also said that Nepal was located between two huge Asian markets — India and China — and it had developed connectivity with both countries with plans afoot to develop railways and inland waterways linking the three countries.

PM Oli added that South Asian region, spanning from the top of the world to the Bay of Bengal and Indian Ocean, had a huge potential given the excellent diversity, fertile and young population. “For regional development, we have to create a win-win situation for all,” he said.