A Family in Crisis 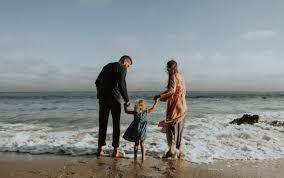 The current scenario is typical for modern community as the described issues are preconditioned by biological, psychological, physical environmental, sociocultural, behavioral, and health system factors. It is worth noting that not without a reason the complex of these factors provokes suicidal thoughts. The biological factors are based on the frequent cases of such diseases as breast cancer, hypertension, and diabetes. These diseases prove the financial inability of the family to struggle with them. The psychological factors are based on the moral exhaustion of the woman to solve all her problem. Juanita Brown is a widow, thus she has no support. Consequently, her state is desperate and depressive.

The physical environmental and sociocultural factors are related to the woman’s surrounding and ethnicity. Despite the fact that discrimination is forbidden, Juanita and her children can still suffer from abuse. The behavioral factors are based on the inability to find a good job and support the family. It should be noted that this woman is physically and morally weak to resist such obstacles. The health system factors refer to the limited access to insurance and high medicine standards. It means that poor people are deprived of an opportunity for a good treatment and insurance. All these factors provoke the family crisis and lead to the moral and physical decline.

There is no doubt that this situation is critical as it is based on the complex of diverse factors that make the scenario more dramatic. It can be assumed that this is a psychological crisis that is the result of social pressure, financial issues, and health system failures. The woman has no desire to live anymore as she cannot see the solution to the family crisis. Moreover, she does not receive help and support from the family members and community. It is evident that if she felt that she can overcome any of the emerged issues, she would try to move forward and look for the solution. The discussed family crisis belongs to class VI as it demands the urgent psychiatric intervention. The woman considers suicide to be a solution to the merged problem. This family crisis can be referred to phase IV as there is no resolution at the previous phase. It should be noted that the crisis has reached its critical point. The symptoms of the family crisis include the following: panic, anxiety, despair, and depression. The critical point of the described situation is that woman has chosen the unsuccessful resolution that will only worsen the family condition.

Different nursing interventions can be employed with this family. First of all, it is recommended to apply preventive or primary care that can include offering health insurance and medical aid to the sick family members. Second, the crisis intervention or secondary care can be employed as well. It will help to support the family morally and psychologically as well as encourage to struggle for the better life. Third, the rehabilitation can be employed. It is evident that Juanita needs psychological aid to deal with her problems and overcome the acute crisis in the family. Consequently, nursing interventions can prevent from suicide and other mental disorders.

Linda works as an editor at ib extended essay writing service. She has always enjoyed working with a variety of literature and being interested in new facts. In addition, she easily finds common ground with many people. She also received her master's degree from American University Washington